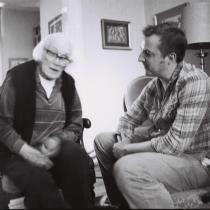 Based in Wivenhoe, Essex
I would prefer to volunteer mainly at home, or will consider remote opportunities from across the UK.

I am available for calls/emails during work time, but would look to complete most voluntary work in the evenings and at weekends.

I have over 20 years' experience as a communications strategist and content creator (writing, films, podcasts).

I started my career in the TV/film industry. I have produced over 2000 films - my credits include award-winning TV comedies, documentaries, government campaigns and social media content.

I have also worked in a broader communications role in two universities, with experience in media relations and social media campaign development.

- worked as a Youth Mentor, supporting arts programmes in deprived communities in Brighton and Hove, and Dundee

- written and delivered film production training, building capacity within a range of organisations (Friends of the Earth, Virgin Media Pioneers, University of Essex)

I have a degree in Politics, Philosophy and Economics, specialising in the Politics of Latin American Development. I currently lead the Communications and Events teams at The Dickson Poon School of Law, King's College London, one of the leading law schools in the world.

Opportunities to connect with, and support, organisations working on human rights and social justice.