Charities – Use our sample role templates designed with Covid-19 in mind.
New to Reach? Find out how our platform can help you during the crisis.

Volunteers – Find opportunities to use your skills to help during the crisis. 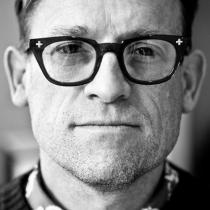 Based in London, London (Central)
I would prefer to volunteer mainly at home, mainly at the office, or will consider remote opportunities from across the UK.

Suggest an opportunity
Save volunteer

I have a very broad experience in digital design, all the way from print layouts, web design, digital display advertising, and mobile app design to creating award winning integrated media campaigns. I love typography and interface design, but I don’t mind doing the boring stuff like powerpoint templates, infographics and technical diagrams and I always make the tea, even if it’s not my turn.

I am married with 2 children. My wife is a fashion forecaster. My daughter was going to get married last week but that has been delayed for obvious reasons. My son has a place at Manchester University to study Japanese which might start in September

We are both interested in fashion, art and architecture, particularly social architecture. I am currently working on a set of playing cards about social changes in the East End of London where my Grandfather, the son of German immigrants, was born in 1881, less than half a mile from Homerton Hospital where my own children were born.

I tested HIV positive in 1993 and 1996 was given 6 months to live. In 2016 I underwent laser eye surgery to remove cataracts that had developed as a result of the HIV medication that kept me alive for 20 years. Since then I have been trying to make the best of life, but perhaps the time has come to pay something back. I am also keen to get involved with mental health issues which have dogged me long after I regained good physical health.

Suggest an opportunity
Save volunteer