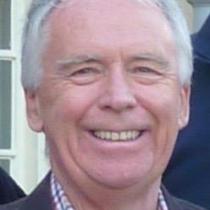 Based in Bath, Bristol
I would prefer to volunteer mainly at home, or mainly at the office.

Up to the equivalent of a day a week. I am available evenings and weekends.

I am an experienced General Manager who has worked predominantly in large organisations. This has mainly covered strategy, finance, marketing, operations and project management. I also have extensive experience of teaching at Masters level, complemented by wide involvement as a Charity trustee over the last fifteen years.

2004 - date. Extensive charity experience, having served on the Board of nine different charities, including three of them as Chairman, and four of them as Treasurer.

2002 - 2012. Visiting Senior Teaching Fellow with the Open University Business School. This included writing and delivering the Strategy course in the MBA programme, and being Course Director at residential schools. I also managed the production and delivery of a Management Diploma programme for UK Government Departments overseas.

1997 - 2002. Director of Operations for Sabanci Bank plc, a small Turkish owned UK based bank. As a member of the Senior Executive team, I had responsibility for finance and accounts, IT systems, processing, administration and all regulatory matters.

1978 - 1996. Various senior management positions with HSBC/Midland Bank. This included responsibility for managing all aspects of the close strategic alliance between the bank and the Thomas Cook Group, and managing all centrally run branch network initiatives, including a major investment programme of £300m over three years.

1967 - 1977. Various management positions in British Airways. These were predominantly in the areas of marketing and market research, and included two years based in New York. I joined as a graduate trainee and this period included secondments working in Bangkok and Delhi.

1964 - 1967. Undergraduate at the University of Birmingham where I gained a BSc in Mathematics and Statistics (Upper Second).

I am looking to to be a charity trustee, ideally in an organisation helping disadvantaged people in the UK.