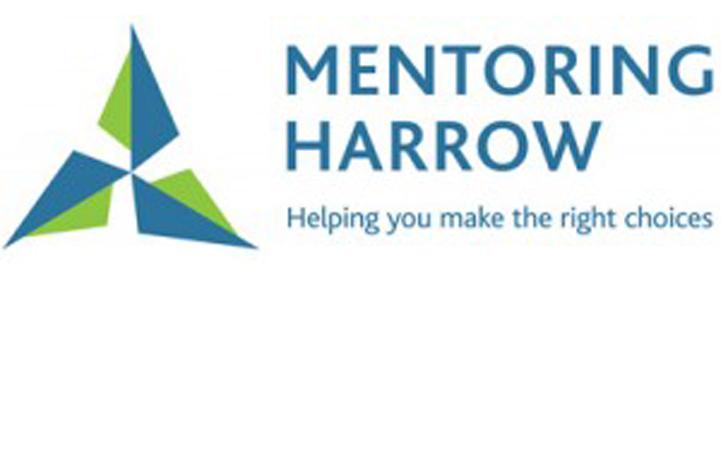 Murtaza reflects on his personal journey, using his skills as a volunteer mentor, and how it has a made a difference to him and the charities he's supported.

“The whole process of mentoring is a journey. We go on a journey together,” Murtaza Mavani sums up his experience as a volunteer.

His personal journey traces back to a period of upheaval in Uganda during the 1970s, from where his parents were forced to leave as refugees. After moving between different refugee camps, they eventually settled in Peterborough. Murtaza grew up in an Islamic household that believed in “togetherness”, in helping each other out. He describes it as a “mindset” that’s stayed with him and that complements his faith; “I try to be as good a Muslim as I can be”. This moral imperative and his experience of being supported during his career is central to his ethos.

“I have benefited from the generosity and ability of others", he says. "If I can help others then why not? It’s a win-win”.

He worked hard and got a place at Birmingham University studying Chemical Engineering, joining the pharmaceutical giant GSK in 2001. Now he’s focused on the business end of the supply chain, “Capital and Technology” working in Consumer Healthcare.

GSK has a history of encouraging mentoring within the company and a long partnership with Reach Volunteering to boot, through funding volunteer placement services. A few years ago Murtaza worked at the GSK Consumer Healthcare offices in New Jersey (USA) where his role became more global and commercially focused. There was a lot more emphasis on building strong relationships around the world. “Those conversations evolved and turned into friendships and mentoring on a formal basis,” he explains. This was an experience that opened his eyes to the transformative power of mentoring which eventually became the springboard for his leap into the voluntary sector. “I’ve been working for a long time and in that 20 years I have learned a few things. We’ve all been young and experienced challenges and obstacles and that’s where I can help – that one piece of guidance that cuts through a lot of red tape or apprehension and fear.”

I've been working for a long a time and in that 20 years I have learned a few things. That’s where I can help – that one piece of guidance that cuts through a lot of ... apprehension and fear.

Murtaza’s on what you might call a personal and professional volunteering mission. “Yes we work in a healthcare company and its whole mission is to help people, but there’s more ways to do that than medicine. Your time can help people; your advice can help people, so it’s being more holistic.”

“I wanted to look at it (volunteering) from more of a professional perspective – coaching and mentoring (that was) external facing.”

Murtaza focussed his mission on an internet search for voluntary opportunities far and wide – “You think there are billions of people out there. When you help a company or voluntary body you feel that hopefully it can be more lasting and have a bigger impact (as you’re helping more people). It can be a propagating good.” His search led to Reach “Where Reach have done very well is that it’s active. Sometimes when you apply to voluntary organisations with good intent they may sometimes be so overwhelmed or so busy that the offer to help goes unanswered.”

“What Reach does well, you have this safe area of ‘Yes I want to’ and someone else will help make the introduction.” He liked its systematic approach (something that arguably appealed to the engineer within him) “There seemed to be quite a lot of structure, targeting to the areas that you’re interested in and what areas a voluntary organisation is interested in”. He found the platform easy to use and the aesthetics of the online design appealing “You fill out a simple form with your details, upload and you apply for whichever areas meet your interests or meet your desire.”

You fill out a simple form with your details, upload and you apply for whichever areas meet your interests or meet your desire.

Eventually, following the introductory and interviewing process, he chose two social businesses where his knowledge of business and previous mentoring experience felt like a good fit.

Bridges for Enterprise offers ‘pro-bono advice to social entrepreneurs’ who are seeking to create ‘a more inclusive and sustainable future’, bringing together people in business with students. For Murtaza it’s “a fantastic organisation. Quite novel and clever.” They offered him a number of possibilities and he chose a fledgling enterprise in Nigeria called Scholastic - which promotes overseas education to Nigerians that has a benefit for the country and the company – what he calls a “a noble cause” and one he believed he could “add value to”. Much of the interaction has been via Skype and his approach is very business-like; coming up with a “Get well plan”, being certain that there is an “ask” and then a clear measurable objective.

From remote mentoring to his doorstep; His other experience as a volunteer has been near to his home in Harrow. Mentoring Harrow is the ‘signature project’ of The London Business Partnership working alongside Harrow Council to identify start-up businesses that need sustained expertise in their early years - a critical period when so many businesses can fail. It’s “a real opportunity for me to make a positive difference” says Murtaza on being in a position to ‘give back’ to the area he lives in. One which reflects his roots in Peterborough and the credo that was inculcated in him at an early age of “togetherness” and helping one-another out. From Murtaza’s perspective he observes “I’d like to think I have grown and developed as a person and that has migrated back (to GSK)”.

I’d like to think I have grown and developed as a person and that has migrated back (to GSK).

His enthusiasm is infectious “My appetite is whetted”. He now wants to push on with his ‘journey’ as a volunteer and encourages others to take up the baton. “Everyone has something to offer I genuinely believe that," he says. "The world is so large there is always someone in need of the skills that you have.”

For him “Reach is a fantastic way to connect the two together. Supply and demand,” His last word on volunteering? “Don’t hesitate. Do it.”

Join the Reach Community and find an opportunity to use your skills.

What is the voluntary sector?

Making a difference whilst getting on the road to recovery

The best 'job' I've ever had