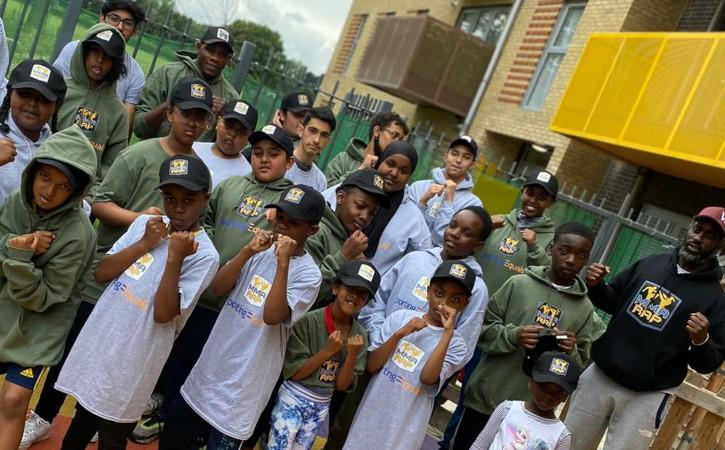 When faced with funding issues, volunteers played a vital role in helping MMARAP meet their resource needs. Now, volunteers have become pivotal to MMARAP and its mission to better lives.

Mixed Martial Arts for Reform And Progression (MMARAP) is a community interest company whose goal is to enrich and empower the young, people with disabilities, and other disadvantaged groups through mixed martial arts and education. Using boxing, Karate, grappling and Jiu Jitsu, they help participants get physically and mentally fit, improve their confidence and focus, and combat social exclusion. As Jonathan Buffong, CEO, explains, “We aim to break down perceived barriers and using mixed martial arts, better the lives of individuals in the community”.

Despite many funders knowing about the work being done at MMARAP, Jonathan found it extremely difficult to obtain the larger pots of funding. He says, “Mixed Martial Arts is nothing new, there are people that want to invest for whatever reason they do, but it just hasn’t come my way yet. There have been funders that recognise and know who I am. They know what I do but it felt like they were not willing to give me that chance to excel or succeed in that area. As a black man running a mixed martial arts organisation, I do feel that racial bias may have played a part in some funder decision-making processes and this is something that I hope to influence in the next few years”.

Although faced with funding challenges, MMARAP were determined to continue their valuable work and turned to Reach to help meet their resource needs and haven’t looked back. Since registering in January 2012, MMARAP has recruited a range of skills-based volunteers via the platform - a total of 16. Recent recruits have included a Head of HR and an HR Assistant. On his team, Jonathan says, “The whole MMARAP organisation is based on volunteers - 90% from Reach. Such a significant percentage demonstrates how important volunteers with skills can be to small organisations like MMARAP. Testing an idea, proving a concept and starting out with little funds makes volunteers pivotal”.

The organisation has learnt a lot from their volunteers, “Working with these professionals has opened up my knowledge. We’re working with someone who is a business developer; we’re learning all their jargon”. In turn, Jonathan feels it is important for organisations to show appreciation to volunteers in any way that they can. Although MMARAP doesn’t have a big budget, volunteers have sometimes received flowers or gifts in acknowledgment for their commitment.  In meetings, the team also impresses a ‘you’re not working for me, we’re working together, for MMARAP’ mentality on volunteers, in recognition of the fact that they are individuals who have chosen to volunteer their time.

Jonathan adds, “There is no doubt that the efforts of our team of volunteers has allowed MMARAP to continue its work in its communities. As we work towards our long-term goals of financial stability and empowering and enriching even more lives, volunteers will continue to play a pivotal role at MMARAP. I will continue to use volunteers with skills and expertise.”