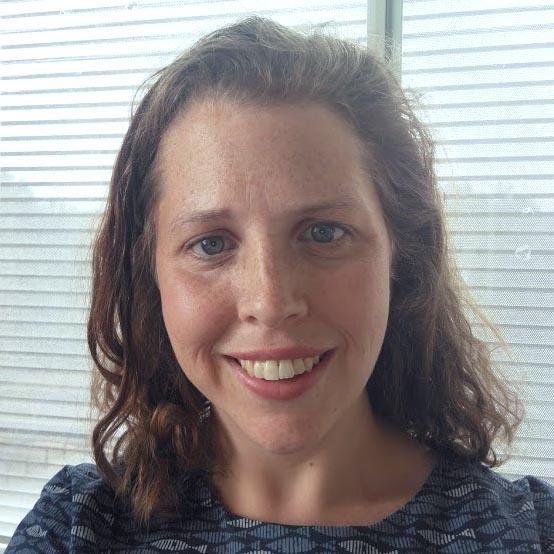 Sarah's experience with Richard is a great example of how volunteer digital experts can help charities transform what they do online.

The project: A new search page

We had done quite a bit of user research, interviewing volunteers and charities, and we knew that our search tool wasn’t easy to use. We have great opportunities on the website, and great volunteers, but the 'clunkiness' of our off the shelf search page meant they couldn’t always find each other. We needed an expert designer specialising in User Interface (UI) to turn our research into a design and to solve some of the 'nuanced' user needs that were specific to our particular search.

Our new filtered search now sits alongside the rest of the re-branded website seamlessly. But more than that, it’s transformed the way people are interacting with the site. We can see them exploring and trying new searches, whereas previously, if they didn’t see what they expected the first time, they’d often just leave.

When I originally scoped the project, I knew we didn’t have the skills in-house to do the design and I thought we might have to hire someone. This was worrisome as there wasn’t any budget. I thought I’d have a quick look at our registered volunteers to see if we had anyone with the sort of skills we were after. There were more than I had expected, but Richard’s profile stood out. It was short – not reams of text about his background or work experience – but what he did write was simple and clear, exactly what I wanted for our search pages.

I posted the role on the website and sent him a message asking him to apply. I wrote a brief for the project and assembled all the material that our new volunteer would need. We had some really good applications, but Richard had emailed to say he’d love to help, he could start right away, and best of all, he had worked on a similar search page for a major UK retailer.

I had a few colleagues who were surprised that I was going to be working remotely with a designer. 'But the role is visual – don’t you need to be in the same room to go over the designs?'

In fact, when I've previously we'll often have a big kick off meeting in person, but usually after that we do our meetings over the phone or through video conferencing. I figured, I’d rather work with a great designer based in Scotland over the phone, who was a 'good fit' for what we needed, than one in London who wasn't as well suited to the role.

It worked for us. We had a weekly schedule where he’d send over designs Monday morning and I had the day to review them, and then we would have a call in the early evening when he was finished with his day job. In retrospect, we could have made things a little easier for ourselves if we had used a free tool like Zoom that allows for screen sharing, but I wasn’t as savvy at remote working then as we all are now.

Richard says he felt the same: 'Not being able to see what the other person is looking at, not being able to point and just go "this bit', not being able to read body language or take visual cues can all pose difficulties. In my opinion, if you’re keen on exploring remote volunteering, I would invest in making sure you have some level of video conferencing set up.'

The other thing that really helped though was the brief that I had drawn up as this made sure that we were both on the same page as to what was needed and some of the more nuanced challenges we were facing. Often we could talk through them on the phone, but sometimes Richard would just say 'leave it with me' and the following week he’d have a few ideas for us to kick about.

I think that because we were working remotely, we had a bit more of that thinking time which is so crucial when trying to solve design problems.

Remote volunteering meant Richard could fit the volunteering around his schedule: 'Other than our Monday progress meetings I was free to work on the project whenever I chose or inspiration struck.'

Taking us to the the next level

At Reach we often say that this kind of volunteering is 'win win' for both the volunteer and the charity. This was no different, as Richard makes clear: 'I didn’t really think that web design would be something that would be a voluntary concern. I always figured it was working in a soup kitchen or helping out in a care home, that kind of thing. So, for me, I’d say [volunteering with Reach has] opened my eyes to other avenues of pursuing and using my skills.

'In my profession as a web designer, it’s always good to keep your skills up to date by working on varied projects, which can often mean picking up freelance work. That’s not always as readily available as you may like so now I’m more aware that volunteering can offer an alternative way of achieving that.'

Finding good matches between volunteers and charities is the heart of what we do at Reach, and I am so grateful to Richard for insight and design skills and most of all, his help in taking our service to the next level.

Sample volunteer roles to help you get started quickly

Volunteers to help charities during the coronavirus (Covid-19) outbreak

Do I need a digital trustee?