Trustee diversity – what I wanted to say… 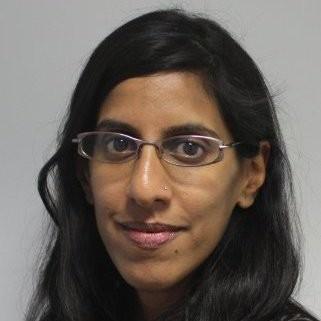 Geetha Rabindrakumar
Geetha is a trustee of Crisis and The Reader, and is Head of Engagement at Big Society Capital

I was really glad to be part of Reach Volunteering’s programme to support diversity in trusteeship through taking part in some filming, which prompted  me to write this blog.

I was first a trustee when I was 19 and have been a trustee of four fantastic charities. As usually the only woman of colour round these and other decision-making tables in my day jobs, I’ve been interested in the growing clamour for the charity sector to address the terrible lack of diversity in trusteeship. For me, diversity (in all its facets) is a no brainer in terms of charities modelling the equality and inclusion principles that they are seeking to bring about in the external world and of course to support stronger decision making, ideas and challenge.

Reach’s programme touches on this, which prompted me to think about my main reflections having heard much commentary on this topic, as follows.

1)    If you want to recruit more diverse trustees, think about how the candidates are going to experience your process

A couple of years ago, I applied for two trustee roles at significant organisations who were recruiting through professional headhunters. Both had a stated priority around diversity, and whilst I was unsuccessful in both cases, I had very different experiences.

One charity had a final panel interview where I was sat across an enormous wooden table in a pretty grandiose room, with an all white panel of older people with impressive CVs, holding (or retired from) very senior positions in public and private sectors. The group of trustees who were subsequently appointed all seemed to be on the surface people with similar backgrounds.

The other charity’s process had an opportunity to meet with two of the Exec team, an interview with a group of trustees who were also service users (their commitment to genuine participation is fantastic, more organisations should be doing this please!!). And then a final stage interview with a panel of 3 trustees who were a mixed group at least in terms of gender/age/ethnicity/professional life, and one of those trustees had a specific brief on the Board as diversity champion.

My experience and unclear feedback from the first organisation left me feeling that I would not have “fitted in” anyway. By contrast, in the second organisation, I felt that the process was more rounded, fair, energising, I understood the basis for their final decision, and a sense of my skills being of value as I was offered an opportunity to be involved on a sub-committee of the Board. The work of both organisations is hugely important, and I continue to be interested in what they do.

2)    Recruitment is only the start of the process

How you support and induct new trustees is obviously important, but even more so if you want a diverse group of people to build trust with each other and work well as a team. And we hear a lot about commitment to “diversity of thought”, but how is that meaningfully embraced at the Board? Are all voices heard & truly listened to? If individual trustees have different or challenging perspectives, how is this considered and reflected in decision making, actions and learning if the dominant view is different?

This year I have had lots of approaches from recruitment consultants who’ve been given a brief to look for more diverse trustee candidates. There are plenty of people in and outside of the charity sector who would be fantastic trustees, and would bring plenty of energy, insight, commitment, challenge and fresh thinking to charities – Reach’s programme is part of what’s needed to spark interest to get involved.

Recently I was asked by a younger woman about a trustee role I’d shared– beyond the role description, did I think she would be a fit for what they had in mind? I thought she’d be a great trustee. But the mindset and biases of people making the decision is beyond your control. I’d always encourage people to apply for the roles they are interested in. And if the answer is no on this occasion, there will at some point be another opportunity to support an organisation that will recognise what you bring, and enable you to bring your whole self, including lived experience and personal perspectives, to your role.

We can all be part of building inclusive cultures and diversity throughout our charities, not as an issue to fix, but more as part of a solution to make the sector more relevant, more connected to the realities of charities’ work, and with governance that will make us better at improving the lives of the people our organisations support.

Every charity can build a strong board if it invests time and effort in recruitment and retention.This guide will take you through the process step by step.

A complete guide to a charity board of trustees skills audit: including when and how to do one, and a skills audit template.

What is a trustee? This guide is a useful introduction into the role of a trustee, trustees' role in a charity and what you might need to become one.

Six tips to strengthen your trustee board

How young trustees benefit your board