These are the hands: evocative fundraising film created by volunteers 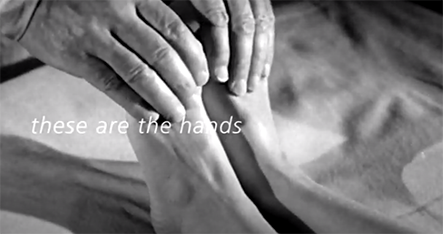 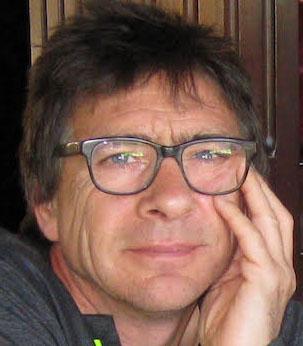 Tim Langford
Tim is a filmmaker and storyteller, Reach volunteer and blog author.

Tim shares his experience of volunteering his skills during the pandemic, creating an inspiring and evocative film for the NHS Charities Covid fundraising appeal.

It felt like one of those light bulb moments. It was Thursday morning, 2 April and I caught the end of Radio 4’s Today programme and heard a BBC presenter called Sophie Raworth reading Michael Rosen’s poem ‘These Are The Hands’….Then I learnt why Michael wrote it – to celebrate the 60th anniversary of the NHS in 2008. I loved its simplicity and I loved its rhythms. And I felt that ‘of course that’s what care is about – touching, about hands’…And I do love a metaphor.

These are the Hands is a love letter to the NHS, inspired by those words of Michael Rosen, spoken by actor Iain Glen to film clips largely sourced from the BFI's historic NHS archive.

I made this short film to support the NHS Charities Covid fundraising  appeal, pulling together a wide range of volunteer/pro-bono services from across the creative industries; especially from within the trade organisation EVCOM of which I’m a board member.

I feel very humbled and very blessed. Genuinely moved. On the one hand you are feeling awkward saying “look we don’t have any money…” but on the other it feels oddly liberating because you are actually asking others to buy into a cause, asking for help, like the Liverpool anthem ‘walk on – with hope in your heart’, you’re appealing to their heart. In the first 1-2 weeks I was manic, calling and emailing people like some demented fool. It was a simple idea which, in reality, was quite complicated to pull off, but it was the way people rallied round early on and got behind it so quickly that made the difference

If you start something like this then you are going to have to live it and be prepared that the process will become all consuming of your time.The critical thing is you need allies and you need others to share ownership.

Dr. Brené Brown, the leadership guru, talks about ‘stepping into the arena’ and the power of vulnerability and, counter-intuitively, there is something quite energising about being in that state of being.

I feel pleased and relieved that we delivered on our promise. And I feel some pride too. I have had a lot of feedback from present and former NHS employees and it’s been very uplifting to hear about how the film connected with them.

You can read more about this project on EVCOM's website.

Volunteers in times of Covid: stories

Just do it: Alice Rath on volunteering and trusteeship

Volunteering and Reach in the Press

Our remote volunteer took us to 150%